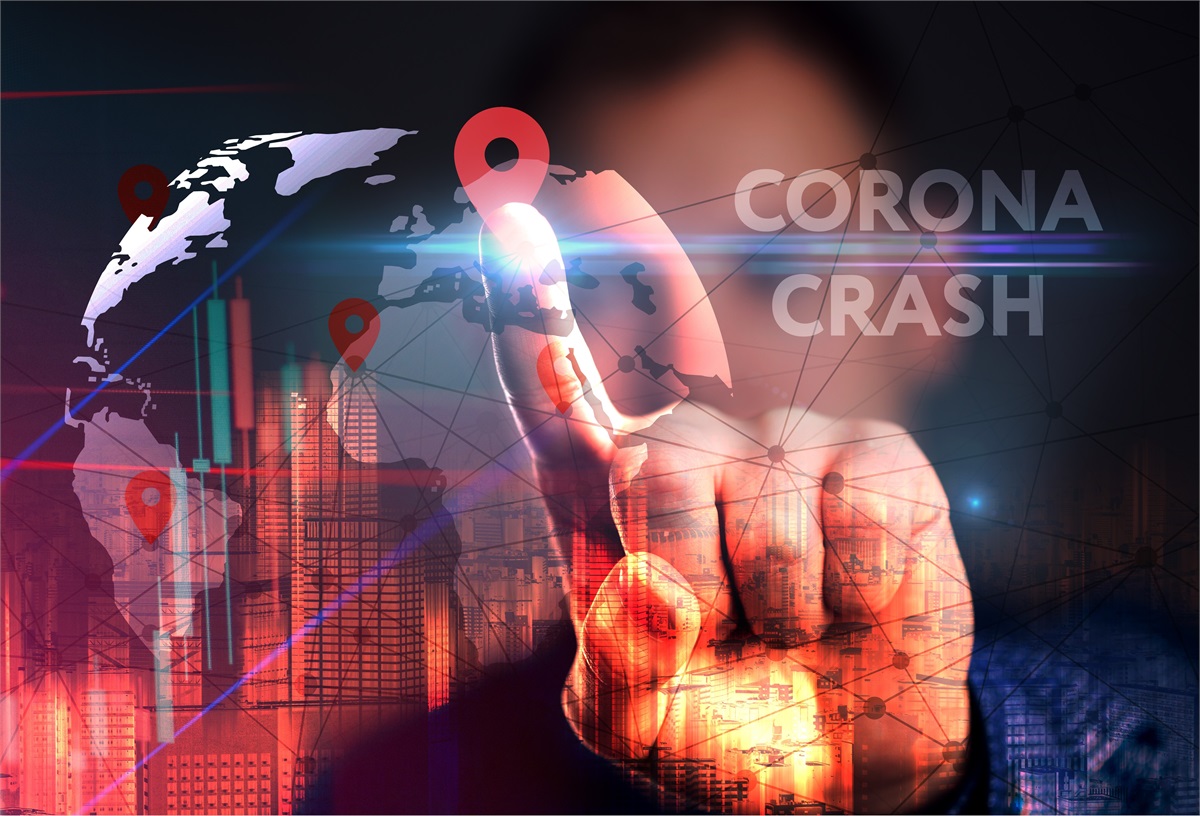 Zooming out a bit, however, and if you were lucky enough to be on vacation for the last two weeks, you might not have noticed much. The S&P 500 is down 0.1% versus two Fridays ago and remains approximately 8% higher on a 1-year basis [Figure 1]. That’s not to discount the shock of last week, both to broad market indices and under the hood. 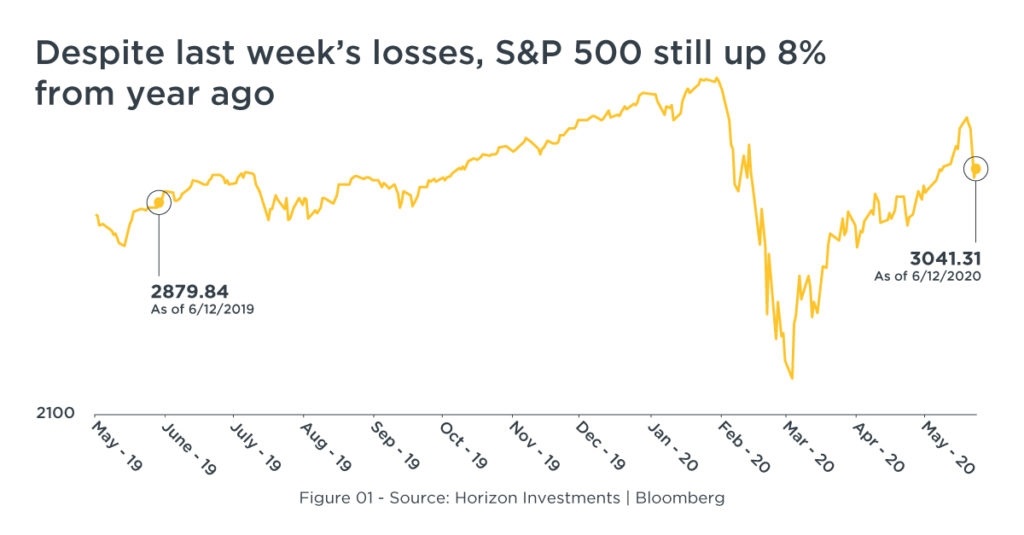 Thursday’s 5.9% decline in the S&P 500 was its largest since the dark days of mid-March. And the equity factor rotation we have been flagging was extremely choppy last week as well. Many popular market-neutral momentum baskets recently have seen higher realized volatility than what the S&P 500 experienced in March. For example, the Dow Jones Momentum Index, which is market neutral, has moved an average of 4.6% per day for the last two weeks.

As to what drove last week’s price action, many causes have been cited: Fed Chairman Powell’s downbeat tone on the economic recovery, rising COVID-19 case counts in roughly 20 states, and the increasing likelihood of a Democratic sweep in November. According to PredictIt, the odds of Democratic control of the Senate (something likely to occur only in a blue wave scenario) are at 58%, up from 31% on March 1st. All of these factors may have played a part in last week’s decline, but to us the explanation is even simpler: equities had run ahead of themselves and markets were priced for perfection.

Last week’s price action was healthy, clearing out some of the euphoria in equities, especially in the retail investor community. But importantly for the broader market, the heavy systematic positioning and market imbalances we saw in March — which caused such incredible moves — are not present this time around.

Last week was a reminder, too, that we still have no idea what earnings will be. The rebound in activity off the lows has been stronger than expected, but at some point levels will matter. And while a broad lockdown likely won’t happen again, cities and states could decide to reimpose orders. COVID-19 is not yet defeated.

The much-discussed yield breakout to the topside from the prior week proved to be a false dawn as the 10-year settled back into the 60 to 80 basis-point range it has occupied for 2 months. Yields declined across the curve (2yr -1.5, 10yr -19, 30yr -21) and the curve flattened. As you would expect, credit markets came under stress last week. After an exceptional run, spreads on both investment-grade (IG) and high-yield (HY) jumped last week by 14 and 72 basis points, respectively. With the Fed just starting to backstop these markets, we view this as a healthy correction and not a new trend.

On the surface, the Federal Open Market Committee (FOMC) didn’t really make news last week, keeping rates unchanged and indicating they plan to hold them there for their forecast horizon. That’s “central bank speak” for rates staying at 0% through 2022 at a minimum. In fact, Fed Chairman Jerome Powell said the committee is “not even thinking about raising rates.” They also formalized their quantitative easing (QE) program, pledging to indefinitely buy U.S. Treasuries and mortgage-backed securities at current rates or greater. This $1.5 trillion yearly purchase is bigger than market expectations and larger than any prior QE.

Despite the massive QE, markets focused on Powell’s tone on the economy, which was decidedly downbeat. In the committee’s view, GDP will be about 4% below prior trend at the end of 2022. This means we won’t regain the level of economic output we saw on January 1, 2020 until sometime in 2022 [Figure 2]. To us, that means they’ll have to do more to try to support growth. And with Powell explicitly saying that they’re not concerned about inflating asset bubbles, the strike on the Fed put was just raised last week. 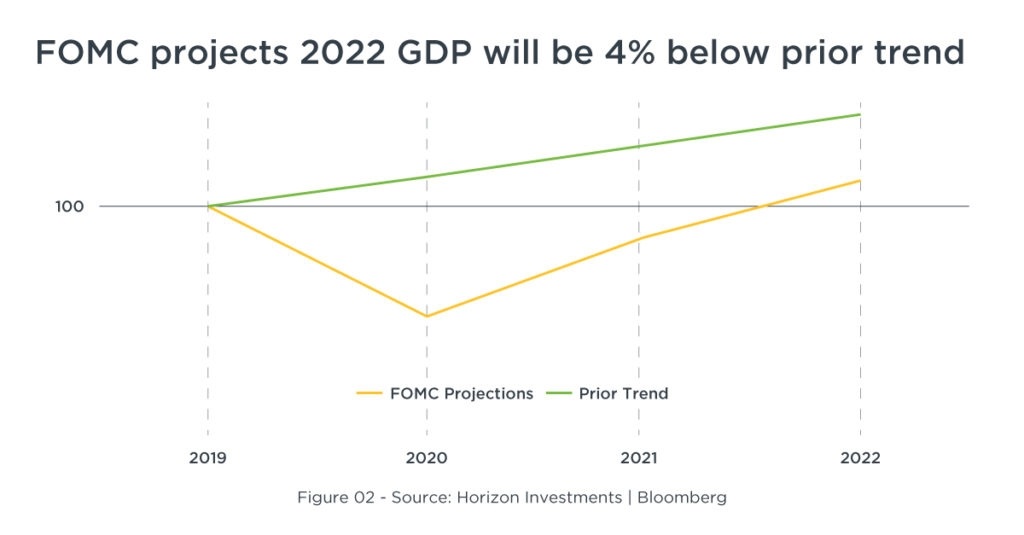 What to watch this week

This coming week four more central banks are expected to cut rates. All are in emerging market countries that currently have rates above 1%. The global march to zero rates continues apace, despite the massive increases in government debt.

COVID-19 and the 2nd Wave Narrative

COVID-19 cases have taken on new importance as a “2nd wave” narrative takes hold. The reality is, this is still the first wave. We’re watching hospitalizations as the most important factor in any decision to reimpose restrictions.

Retail sales data for the U.S. comes out on Tuesday. The question is, will it confirm the reopening optimism? We saw decreases in the April data, so we’re looking for the rebound in the May data. While both retail sales and housing starts are expected to be better than last month, expectations have been creeping higher based on high frequency data. Against the backdrop of renewed COVID-19 concerns, a weaker rebound could hurt investor sentiment in the short-term.

In Friday’s EU Council meeting, details of the fiscal package are likely to be finalized. Anticipation for this agreement ignited optimism a few weeks ago. Now we need to see follow-through — or recent hope around European integration, after 10 years finally taking major steps, will be dashed. If the EU doesn’t deliver, we expect their growth rebound to be slower than in other places and their asset markets to lag.