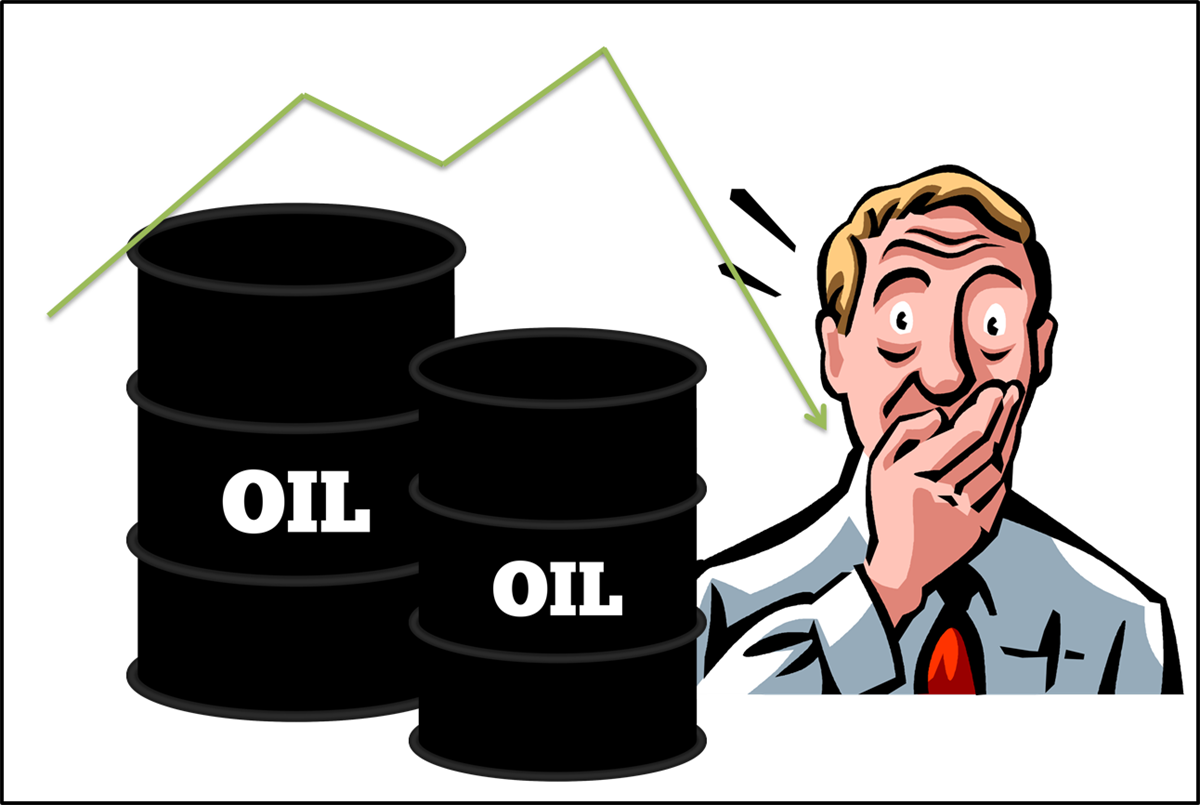 In a shocking event this week, the benchmark price for oil fell below zero for the first time ever — and then kept falling! Does a negative price mean gas stations will pay you to top off your tank? No, but it should be cheaper to fill up. The problem is, with the pandemic-imposed lockdown, people have nowhere to go.

In this special report, we’ll break down what happened with oil this week, why it happened, and offer you a long-term perspective on what the future could look like.

The price of oil went negative!
The most widely quoted crude oil futures contract in the U.S., which is the front month West Texas Intermediate (WTI) oil futures, fell $55.90 from last week’s close to settle at -$37.63 per barrel on Monday. In a never-before-seen event, one that few imagined could even happen, the May crude futures contract went into negative territory. After trading as low as -$40.32 the day before, the May WTI contract settled up at $10.01 on Tuesday, April 21st. As Vice Chairman of IHS Markit Ltd. Daniel Yergin aptly put it, the May crude oil contract didn’t go out with a whimper but rather “a primal scream.”

The selling pressure that we previously saw only in U.S. WTI contracts has now bled over to Brent, the international oil standard traded in London. The June Brent contract closed at $25.57 on Monday and traded as low as $17.51 on Tuesday before closing at $19.33. It rallied in-kind with the WTI June contract on Wednesday, up to $20.98.

Why did it happen?

No one needs it now and there’s no place left to store it.
Why did this happen? Simply put: extreme supply and demand issues coupled with the mechanics of the futures market, and made worse by retail investors coming in to “buy the dip” via exchange-traded products that weren’t built for negatively-priced markets.

Holders of crude oil futures contracts have to either close out before the contract expires or take physical delivery of the crude oil itself. But due to the economic shutdown, storage facilities are at capacity, and refiners aren’t taking delivery of crude oil for processing. In other words, no one wants the oil. And even if they did, there’s no place to put it. So when the expiration of the May contract drew closer, holders of those contracts who couldn’t take delivery were forced to liquidate at negative prices.  Interactive Brokers, for example, announced a $88 million loss associated with customers trading the May WTI contract, likely the outcome of sellers forced into liquidating at negative prices on Monday.

These daily moves in oil are huge and the market, illiquid. This is at least partly due to massive inflows into the world’s biggest oil exchange-traded fund United States Oil Fund (NYSE:USO) — a way for retail investors, who have no intention of ever storing barrels in their basement, to “buy the dip” in crude, speculating that it should be more valuable in the future. This is contributing to what makes it so difficult to price oil right now, and what’s driven the so-called super contango, which is when the price of a commodity for near-term delivery (e.g., front month contract) trades at a dramatically lower level than the price for delivery further out in time. The problem is that even though people think oil has value, no one actually wants it right now, at this moment.

Take a longer-term view.
Given the extreme supply and demand imbalance that exists still, there’s reason to believe that something similar may happen again in a few weeks when the June contract is set to expire. And it’s likely why the June contract showed such extreme selling pressure on Tuesday. These violent pricing moves may make for strange headlines in the short-term and cause some tricky problems for issuers of exchange-traded products that track oil futures.

But what about the longer term? The 12th month WTI contract, for delivery about one year from now, may be a better benchmark for assessing the medium-term economic outlook implied by oil prices. And it’s much more indicative than the front month contract of how industry producers are likely to view the oil outlook for investment planning purposes. Right now, the 12th month WTI is actually off the lows that we saw in mid-March and sending a very different signal at $31.99 per barrel than the shorter-dated contracts. Since its trough on March 18th, the 12th month contract is actually up 7%, while the front month is down 30% [Figure 1]. Headlines are likely to focus on the 30% decline in the front month contract, even as the S&P 500 (SPX) gained 16.7%. But that doesn’t even begin to tell the whole story. 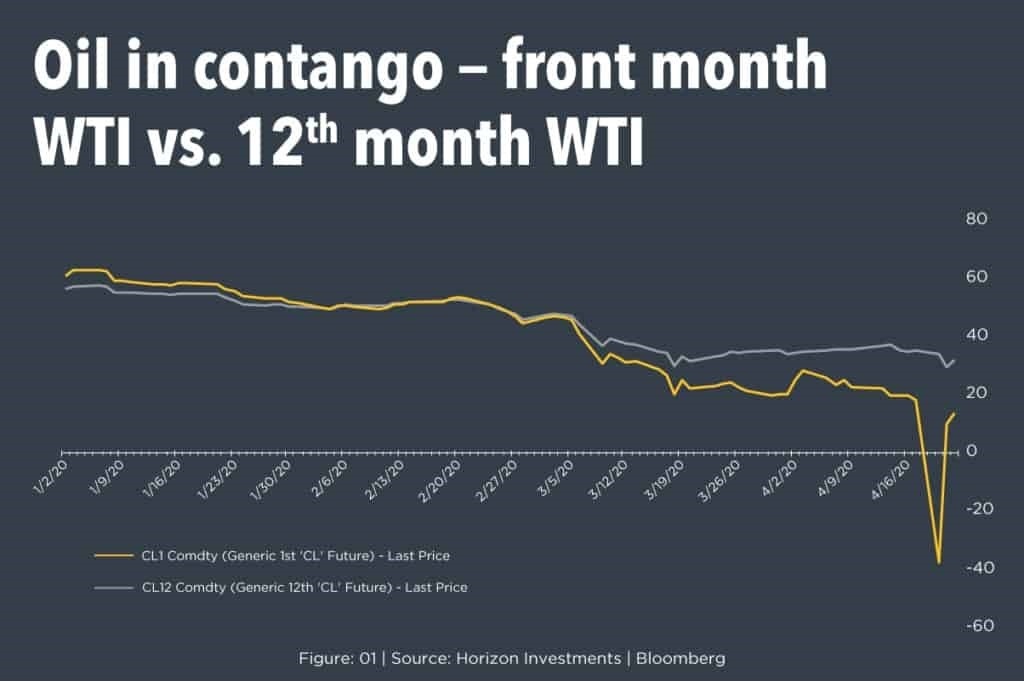 What about the market impact?

Energy securities make up just a tiny fraction of the total equity market in the U.S.. From a sentiment perspective, the equity market appears to be largely shrugging off oil’s unprecedented move. Even on Monday, when WTI futures traded at negative prices, the market’s reaction was tepid, with the S&P 500 off just 1.8% (SPX).

We would recommend that long-term investors not to get too hung up on the headlines in the near-term, but rather focus on the timeline for reopening the economy and the increase in oil demand that should likely follow, which should help to balance out the massive oversupply that exists right now.